An Update From The NTHL

On March 1st, 2020, the NTHL hosted eleven (11) matches in Charlottesville, VA and University Park, PA. These matches were comprised of club teams and college teams, men’s teams, and women’s teams, veteran teams and new teams alike. As these matchdays ended, we crowned a champion from D2 South, cleared the standings in D2 North, and established a pecking order for the Women’s Collegiate National Championships.

As we drove home from the campuses of Virginia and Penn State, many lingering thoughts were in our minds about the rest of the season.

However, the world had other plans. Over the past 365 days, handball has been on the backburner, secondary to the COVID-19 pandemic and all the challenges the world had as a result. And in those past 365 days, we’ve lost family, friends, neighbors, coaches, mentors, and referees. We’ve lost acquaintances and allies alike. It’s been a very tough year for many of us.

As we sit here a year later, I cannot say when we’ll return to action again. We are however receiving reports indicating that returning to full handball activities may become a possibility relatively soon.

For all of the players, coaches, referees, and administrators reading this message: Please continue to stay safe and prepare to hit the ground running; we’ll see this through. 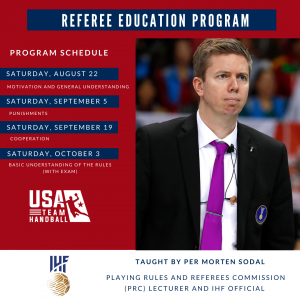 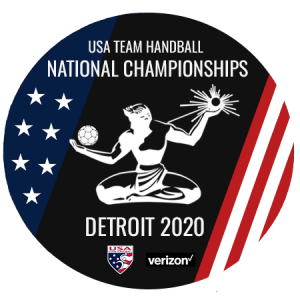 An Update Regarding 2020 Club National Championships

(Aaron Hamm skies for the shot against USAFA-B.) Before we begin, you should know that Army West Point Black is ...
Read More 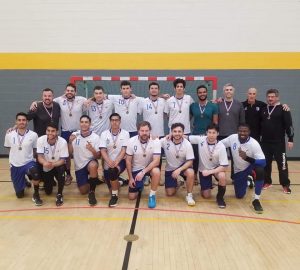 (Los Angeles Team Handball Club poses with their gold medals from the Valley of the Sun tournament in February. How ...
Read More 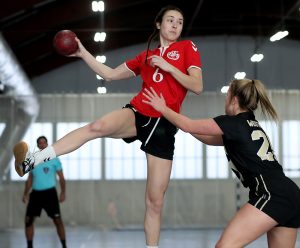 A Message from the Northeast Team Handball League regarding COVID-19

Hi everyone, Like every sporting league in the country, we’ve suspended operations. Be safe, follow the protocols of your local ...
Read More 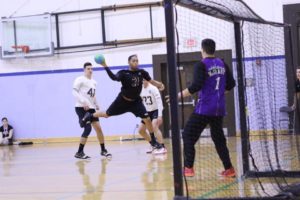 February’s teamhandballnews.com Top 5 – Who is a Contender for Collegiate Nationals?

(The last time Army West Point Black didn’t win the CNC, Pluto was a planet. This is not a meme.) ...
Read More 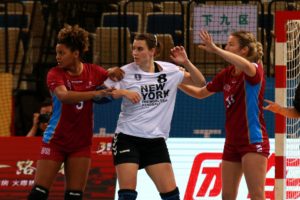 (NYC is used to tough battles after last summer’s SuperGlobe; they’re in a head-to-head race with BTH right now for ...
Read More 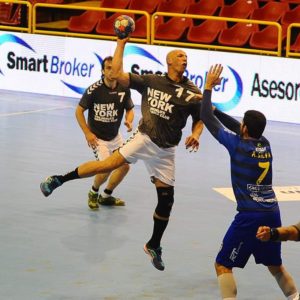 February’s Top 25 Rankings Are In – And Then Immediately Made Irrelevant?

(NYC got back on their winning ways in January; can they move up from #3?) February’s rankings comprised on events ...
Read More

Nationals Elite Division Update: Where do we Stand

(San Francisco CalHeat waits to see who will join them in the Elite Division this year) With five of the ...
Read More

(Founded in 2012, PITT Panthers haven’t been seen much on the National Scene. They’re 30 players deep and may be ...
Read More 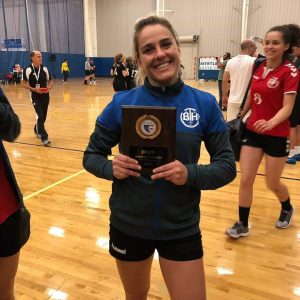 (2019 Nationals MVP Noelia Anton Bolaños and company pulled off a shock win over NYC on 8 December. What will ...
Read More

December’s Top 25 is Now Live: We Have A New Contender for the Elite Division

(After competing at the Women’s SuperGlobe in Wuxi, China, Signe Fangel and NYC Team Handball started off the season with ...
Read More

USA Team Handball has released its return-to-play guidelines for its clubs and athletes.

The NTHL is committed to abiding by the USATH Return-to-Play guidelines — in addition to guidance from the CDC and the health departments in our member states, commonwealths, and provinces — in determining when league activity and competition will occur again.

If you have questions about the Return-to-Play Guidelines, please contact [email protected].