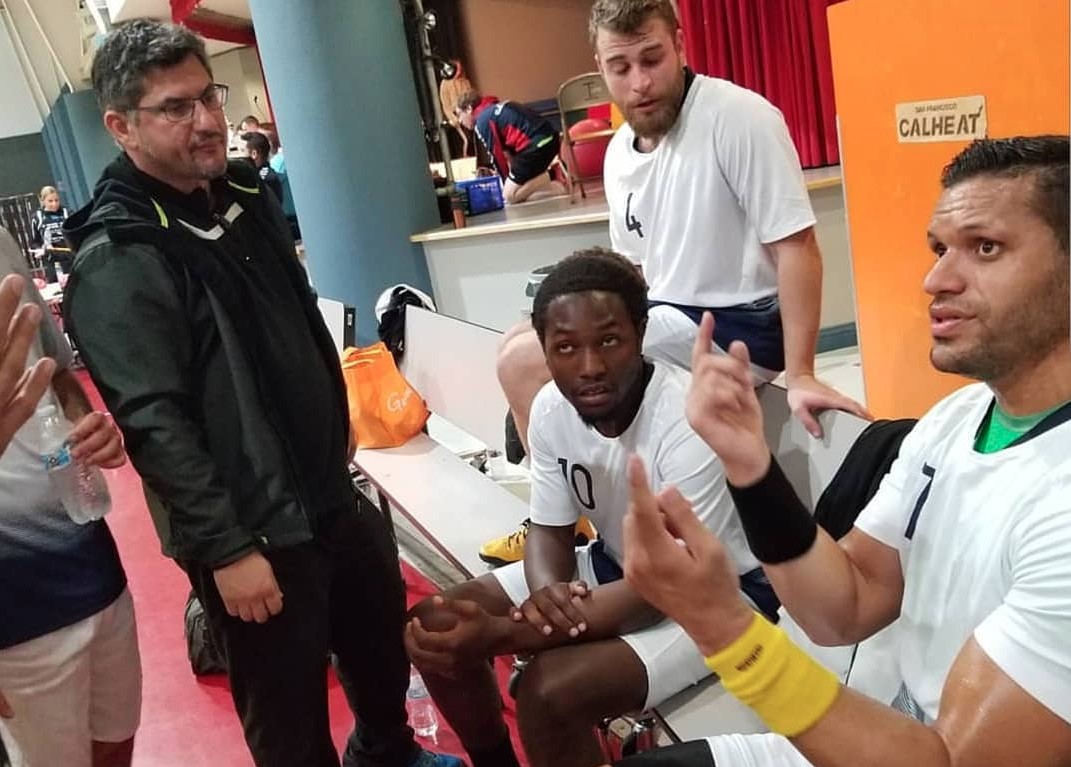 (E.J. Udo-Udoma, Gil Pires, and Los Angeles Team Handball Club made the leap from 14th to 5th in this month’s rankings)

February’s Rankings are live following Cal Cup XIII, and San Francisco CalHeat remains at the top. With their third tournament win of the year, the team from Fremont is sitting pretty at #1 in the men’s rankings.

NYC, NYAC, Chicago Inter, and Los Angeles round out the Top 5.

(Ohio State-Scarlet has risen back to #3 in the College Top 5 poll. How will this team fare in their biggest test this season at the Arnold Sports Classic?)

Another month, another #1 ranking for Army West Point Black; however, for the first time in some time, this ranking is not unanimous.

Carolina Team Handball ranks #2 in the country at the moment. With their big test coming in the Blue Cup, will they find themselves ready to dethrone Army WPB at College Nationals?

(Rogue remains #1, but with national team callups for many of its players, does that open the field for NYC, Boston,  and others?)

Rogue is the undisputed #1 team in the country for yet another month; however, the team may have played its last games of the season already. With many of Rogue’s players on the Women’s National Team, the team may not participate at National Championships this year. If that happens…

Maybe the favorite is #2 NYC… or #3 Boston? At the time of voting, these two teams were undefeated. Whichever team wins the NTHL may be the favorite coming into Myrtle Beach.