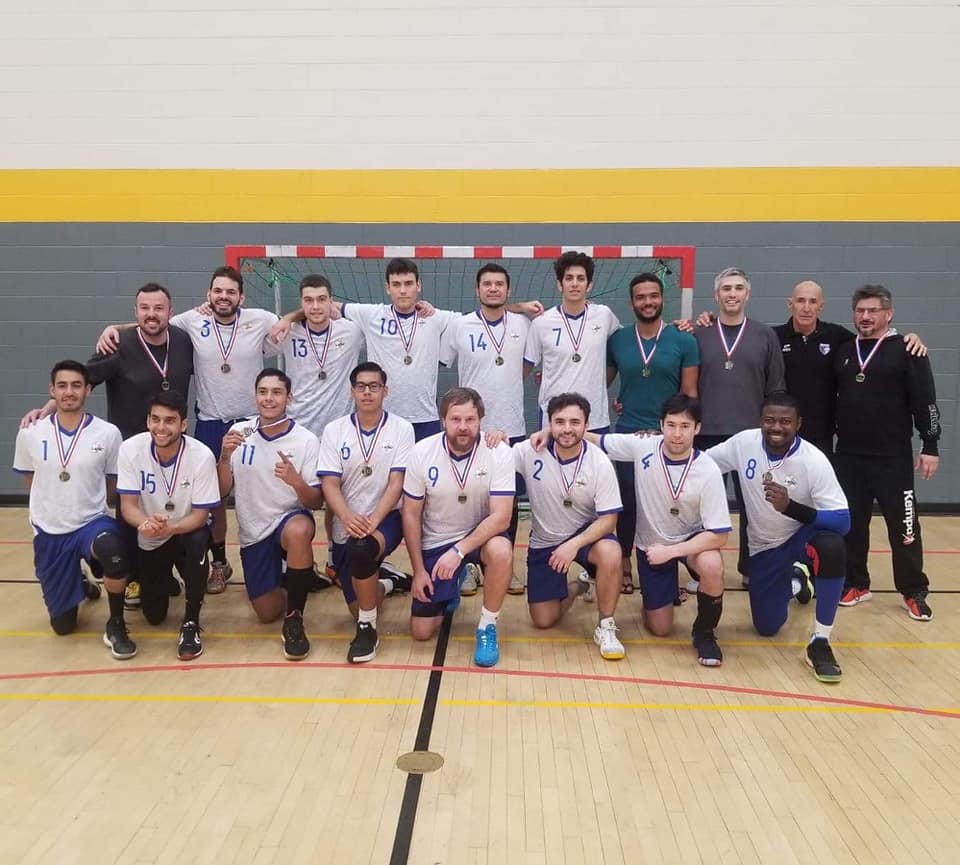 (Los Angeles Team Handball Club poses with their gold medals from the Valley of the Sun tournament in February. How high did they rise with this tournament win?)

With all games in up to March 1st, we have another Top 25 ranking to share. For the first time since last season, NYC Team Handball Club is top of the table!
How did that happen?

NYC hasn’t lost a game since October. After their sweep at their home matchday in NYC, the Gotham Boys clinched the NTHL D1 Championship (again) on the 29th of February in Boston, MA. They’ve started to hit their stride, and the voters rewarded them for it.

San Francisco CalHeat? After dominating the Valley of the Sun tournament, the team from Fremont, CA came up surprisingly short to Los Angeles Team Handball Club (LATHC) in the finals. The big win from LATHC was enough to keep San Francisco CalHeat from rising in the standings. They’re #3 now.

Army West Point Black, with a dominant victory over Boston Team Handball and a close loss to #1 NYC moves up to #4 in the Top 25. The win and the quality loss were enough to sway opinions in the voters’ minds.

Alberta – idle through the month of February (a youth team went to Valley of the Sun) – sits pretty at #5.