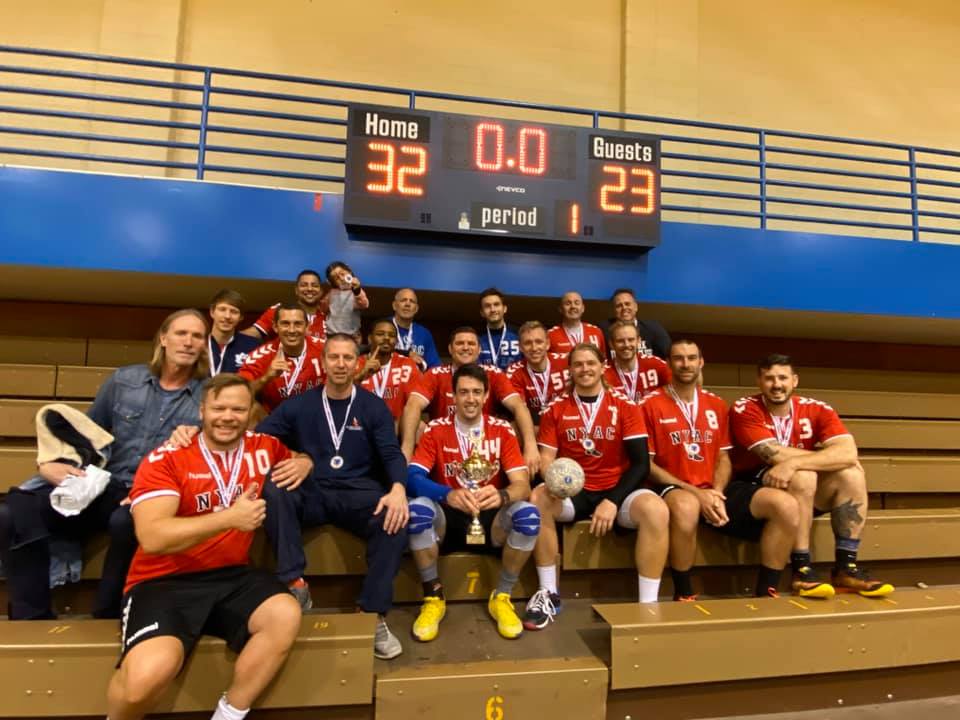 New York Athletic Club takes a 5-0 record at the Michael Lipov X, and propel themselves to this season’s frontrunner for the National Championship. With a balanced performance from Alex Recker, Eduardo Reis, Alec Zeck, Chris Morgan, et al, and a top goalkeeping display by Alden Mezick, NYAC defeated the 2019 Open National Championship winner Alberta 32-23 in the finals.

Defending National Champion San Francisco CalHeat’s only blemish this season came at the hands of Alberta in the semifinals of the Michael Lipov X. A strong recovery against Chicago Inter sends the Fremont-based outfit to #2 in the Top 25.

Despite the upset loss in group play to Chicago Inter, the 5th place finish by NYC placed them at #3 in the Top 25. A fair warning to all of the NTHL Division 1 Teams, the Gotham Boys are motivated. The 7th of December can’t arrive soon enough.

With a perfect day at 1st matchday in the NTHL, Army West Point Black find themselves at #4 in the Top 25. They’ll try to keep that up on the 7th of December before heading to CalCup in late January and the Blue Cup in February.

Rounding out the Top 5 is Chicago Inter. A very solid victory over NYC and a strong tie against Toronto made the voters feel Chicago Inter very formidable; their only losses were to the the #1 and #2 team in country after all.

Alberta leads the rest of the Top 25 at #6. With Michael Lipov Tournament MVP Tyrell Johnston, this Alberta team shocked the defending National Champions San Francisco CalHeat at the Michael Lipov. Not likely to settle for that ranking, look forward to seeing this team at Cal Cup and other tournaments in the US. This team is on a mission to play in the Elite Division at 2020 Nationals.

…And no, we don’t know where Nationals is being located at this time.