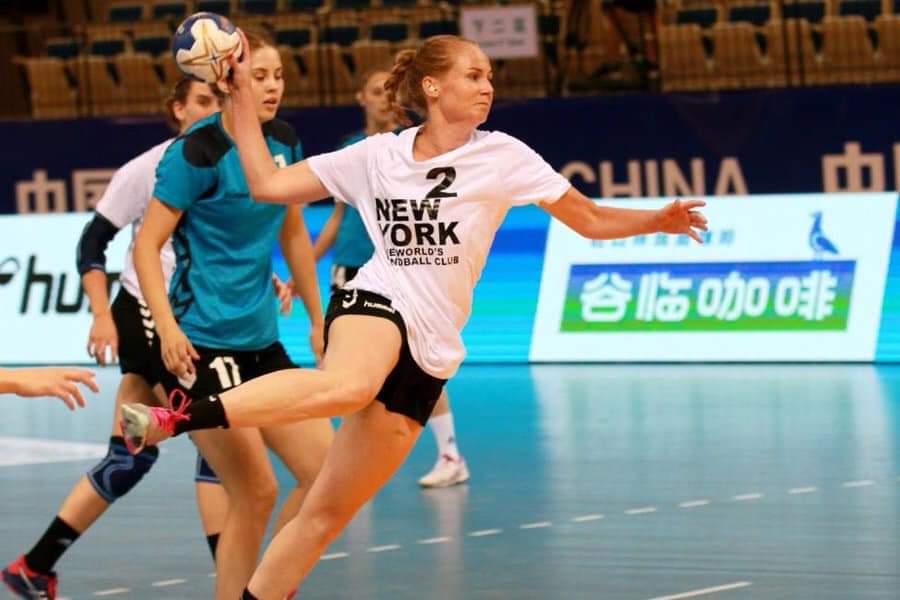 (After competing at the Women’s SuperGlobe in Wuxi, China, Signe Fangel and NYC Team Handball started off the season with two victories and the #1 ranking.)

With five first-place votes, NYC is considered the team to beat early in 2019/2020. With a “two games, two wins” day at West Point in October, they have started their campaign to repeat at NTHL Champions… and 2020 National Champions.

Chicago Inter, with its come-from-behind victory over Boston Team Handball at the Michael Lipov X, edges Boston yet again to become the #2 team in the country. #3 Boston is becoming fast friends with the Midwest stalwart, and their 1-1 record against each other will surely lead to a rubber match down the road.

Despite having lost all but four players from its 3rd place team at 2019 Nationals, DC Diplomats takes the #4 spot in the rankings. With their new coach Venus Morady and a number of new and exciting players, DCD is looking squarely at NTHL Club Division title this season.

San Francisco CalHeat and Army WPB are tied at #5. San Francisco CalHeat had a tough loss and tie to Boston and Chicago Inter at the Michael Lipov X, but still finished a respectable 3rd place. Army WPB finished 2nd in a preseason tourney in Montreal, then suffered tough losses to NYC and DC Diplomats before bouncing back against 2018 College National Champion Penn State Blue.

There’s one name we didn’t mention: Did everyone forget about Rogue? This snub may have made Cal Cup XIV a must watch event, as the 2017 and 2018 National Champions will make their debut there.